Working on similar grounds as Google Earth and Wikimapia, Bhuvan is a geoportal that provides medium to high resolution satellite imagery of virtually the entire India.

When compared to the rest, this web-based 3D mapping tool, which is a product of Indian Space Research Organisation (ISRO) is said to have better zooming properties.

“This would provide a user with images having resolution up to 10 metres. The degree of resolution showcased is based on the points of interest and popularity, but most of the Indian terrain is covered up to at least 5.8 metres of resolution with the least spatial resolution being 55 metres.”

It is also said that “the user can also navigate through 3D viewing environment. One can “fly” to destinations of choice and even draw 3D objects such as placing of expressive 3D models, 3D polygons and boxes. The site also offers tools to measure horizontal, vertical and aerial distances.”

The images on the site are a combination of satellite imagery from various IRS sensors taken “sometime within the last three years during different seasons.”

A few days old into the World Wide Web, Bhuvan has a long way to go. As a common man we can hope that it would be a rich and useful source in addressing very local problems including water issues and infrastructure development.

Tackling climatic change has been an ongoing process world around; but who could have imagined that the rich and the wealthy can be one of the causes?

According to a study conducted by researchers at Princeton University, rich people and their lifestyles account for a major chunk of the carbon emissions globally.

“Instead of simply considering carbon emissions on a national or per capita level, the Princeton team proposes a more granular system of climate accounting that would examine the range of individual emissions within countries. Thanks to economic growth, there are well-off people in almost every nation in the world.”

The current data says that the world average for tons of carbon dioxide emitted a year per individual is about five tons. Here, while each European produces about 10 tons a year, Americans alone produce twice that amount.

A researcher noted that most of the emissions come from lifestyles that involve airplane flights, car use and the heating and cooling of large homes. “And the study doesn’t take into account the carbon that is embedded in imports and exports in global trade. But big developing nations like China – with its rising middle class – won’t be let off the hook either.” Writes Times.

It has been estimated that in 2008, half of the world’s emissions came from just 700 million people.

Wonder, what one will do, if pleasures and comfort are taken away from life.

The economic slowdown has not got all the Indians trickling down in the latest list of Forbes’ world’s wealthiest CEOs.

According to a list of 10 wealthiest CEOs compiled by Forbes magazine, Reliance Industries (RIL) chief Mukesh Ambani is the third-richest chief executive in the world. The other Indians to follow are Lakshmi Mittal, Anil Ambani and Sunil Mittal.

“Being a CEO isn’t what it used to be. Crackdowns on corporate frills like private jets and over-the-top offices have become the norm, taking some of the fun – but none of the stress – out of running billion-dollar businesses.

“While some chief executives’ jobs may be in peril, these 10 have stuck it out long enough to partake in what’s left of the global economy. These have made our annual list of the world’s wealthiest CEOs,” Forbes said.

Despite a 62 per cent drop in RIL share prices since last year, Mukesh Ambani climbed up three places in the 2009 rankings.

For steel baron Lakshmi Mittal, who heads ArcelorMittal, it was a slip down to the fourth position from second.

While Sunil Mittal of Bharti Airtel has joined the league at ninth position, Wipro chief Azim Premji is out of the race.

Interestingly, the total number of Indians on the list have remained unchanged at four this year too.

“To compile our list for 2009, we looked at chief executive officers and managing directors (a title that sometimes denotes the top leadership position at corporations outside the US) of public companies the world over and ranked them according to the size of their stakes in the businesses they run,” Forbes said.

Yet the undisputed wealthiest chief executive is once again, the American billionaire investor Warren Buffett.

“Due to the difficulty of pinning down private holdings in the midst of volatile market swings, we excluded CEOs of private companies from our rankings. We also excluded individuals’ private holdings. Full net-worth estimates will be available in March, when we release our annual list of the world’s billionaires,” Forbes added. 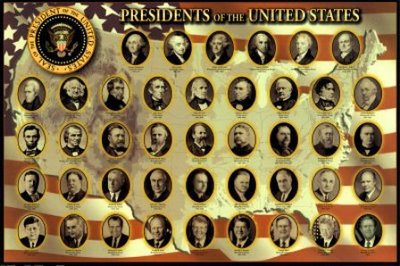 Barack Obama, the 44th President of United States is the first US president to swear on the Bible that Abraham Lincoln used for his 1861 inauguration.

In the US, presidents are not constitutionally required to be sworn in using a Bible, though most presidents have traditionally used one to take oath of office.

It was George Washington, the first president of United States of America who began this practice. He borrowed a Bible from St. John’s Lodge No. 1.

Chester A. Arthur in 1881 and Theodore Roosevelt in 1901, were some exceptions as they did not use a Bible.

Similarly, when Kennedy was assassinated, Vice President Lyndon B. Johnson assumed the job of president and took the oath of office aboard “SAM 26000”- Air Force One in 1963. Since there was no Bible in the plane, he used a Roman Catholic missal (contains religious services).

The popular choice till date has been George Washington’s Bible. It has been used by Warren Harding, Dwight Eisenhower and George W Bush.

Some others like Richard Nixon and Bill Clinton have opted for personal Bibles. While Nixon used two Bibles belonging to his family, Clinton chose his grandmother’s.

The Lincoln Bible, an 1853 Oxford University Press edition, will be on display at the Library of Congress from Feb 12 to May 9 as part of an exhibition for the 200th anniversary of Lincoln’s birth.

No matter what the rule says, the presidents continue the tradition to finish the oath of office with the words “So help me God”.

In search of spirituality

Philosophy is all about being curious, asking basic questions. And it can be fun!

This site is about the knowledge of different categories such as education, , health, mobiles, and tourism

This heaven gives me migraine

We only live once. Hence, let's not stop dreaming

My Third Eye Vision...Vision of a Naturalist!