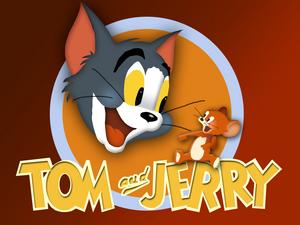 Tom and Jerry have won the most Oscars for cartoon characters.         By Deeya Nayar-Nambiar

“It’s the Tom and Jerry Show”. The moment you hear the tune being aired on television, everybody irrespective of their age, gets glued to the show. Though it is more than 60 years since the first cartoon was made, the cat and mouse duo continue to steal the show. Endowed with human characteristics, the quick tempered and thin-skinned bluish grey housecat Tom is no match for the brains and wit of the independent and opportunist mouse Jerry. But the story which was once referred to as ‘yet another cat and mouse story’ gradually grew to become a big hit.

When Joseph Barbera, a storyman and character designer, was paired with William Hanna, an experienced director, to start directing films for the Rudolf Ising unit of MGM’s animation studio, a cat-and-mouse cartoon called Puss Gets the Boot released in theatres on February 10, 1940. It was the story of Jasper, a grey tabby cat trying to catch an unnamed rodent. Jasper was always threatened by the African-American housemaid Mammy that he’d be thrown out if he broke one more thing in the house. “O-U-W-T, out!” she screams. Though its release did not see much enthusiasm, this cartoon became a favourite with theatre owners and was even nominated for the Academy Award for Best Short Subject: Cartoons of 1941. Later, producer Fred Quimby commissioned Hanna and Barbera for a series featuring a cat and mouse. They felt a need to name the cat and the rodent and so held an intra-studio contest. And thus was born Tom and Jerry.

The basic theme of each shot is virtually the same – Tom makes frustrated attempts to catch Jerry and in the process destructs and creates havoc everywhere. Yet Hanna and Barbera found endless variations on that theme. No doubt there were thirteen entries in the Tom and Jerry series (including Puss Gets The Boot) nominated for the Academy Award for Best Short Subject: Cartoons. While seven of them went on to win the Academy Award, it broke the record of Disney studio’s winning streak in that category. In fact Tom and Jerry has won the most Academy Awards than any other character-based theatrical animated series.

In 1957 when the MGM animation department shut down, the cartoon series was outsourced. Though Tom and Jerry changed hands and production houses, nothing could create the magic of Hanna-Barbera. The 1980s witnessed the ‘babyfication’ of classic cartoon stars cat and mouse in the Tom and Jerry Kids Show, produced by Hanna-Barbera with Tuner Entertainment. In 2000 they came up with a new series entitled The Mansion Cat and later The Karateguard. Of course The Mansion Cat saw Jerry in a new light. The mouse was a house pet like Tom and their owner reminded Tom to not “blame everything on the mouse.” In spite of the years, even today the series and their re-runs keep the TRPs of cartoon channels running. The chase has not and will never end.

Singing the praises of things that slip through the cultural cracks